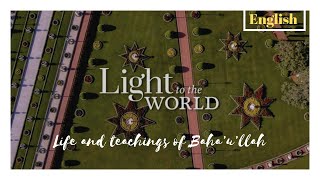 Light to the World film showing

The City of Coppell Proclamation of Oct 22, 2017 as the "Bicentenary of the Birth of Baha'u

Baha’is of Coppell mark the 200th Anniversary of the Birth of Bahá’u’lláh, Founder of the Bahá’í Fai

Coppell Prays For Our First Responders

Coffee with a Cop

1992 Race Unity Month Proclamation by the Mayor of Coppell TX

Baha’is of Coppell mark the 200th Anniversary of the Birth of Bahá’u’lláh, Founder of the Bahá’í Fai

Bahá’u’lláh (1817-1892) was a spiritual teacher Who announced in 1863 that He was the bearer of a new revelation from God. His teachings have spread around the world, forming the basis of a process of social transformation and community building which is unique in its global scope and the diversity of participants.

The anniversary is a celebration of the transformative impact of Bahá’u’lláh’s teachings on the lives of families, neighborhoods and communities around the country and the world. Bahá’u’lláh’s vision of the oneness of humanity is an antidote to the racial prejudice and materialism that are corroding American society.

“Now more than ever we need positive models of social change that bring people together rather than divide them,” said Pam Kennedy. “This is what we will be celebrating in the months leading up to Bahá’u’lláh’s birth in October.”

The anniversary is not an event but a series of activities generated at the grassroots level all around the country, which reinforce Bahá’u’lláh’s vision of the oneness of humanity and empower participants to contribute. Activities will include drama, music, art exhibits, storytelling, service projects, prayer and devotional programs. At the national level, the Bahá’í House of Worship in Wilmette, IL will host a nine-week series of programs beginning in early September on themes applying the principle of the oneness of humanity to contemporary challenges, including environmental justice, race relations, indigenous peoples, human rights, and the harmony science and religion.